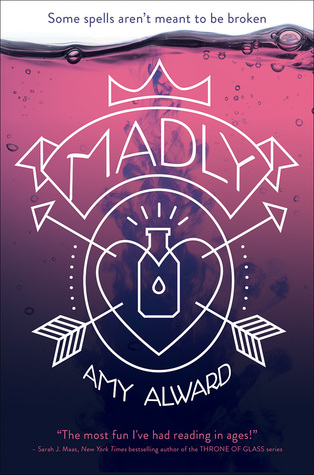 Here is a rough outline of my though process as I read Madly:

Madly, the first of the Potion trilogy by Amy Alward, follows seventeen-year-old Samantha, an alchemist-in-training, on a Wilde Hunt to gather the necessary ingredients to save the poisoned Princess Evelyn. The synopsis immediately caught my attention and I was originally very excited to read it–potions? forbidden(ish) romance? crazy, dangerous adventures? Yes please! But when I started reading it, much of it fell flat. The whole poison thing is the result of Evelyn drinking from the wrong glass and, consequently, falling in love with herself. Yes. Herself. And the kingdom is in danger because Evelyn goes crazy with her magic whenever someone comes between her and her reflection. The romance between Sam and Zain also wasn’t done as nicely as I’d hoped but more on that in a bit. The book had quite the rough start but 3/4 through improved significantly, raising what would have been a 2 out of 5 stars goodreads rating to a 3.

We’ll start with the characters. Nearly the entire novel was written from Samantha’s POV with the exception of the occasional chapter on Evelyn. Samantha starts out very frustrating–I was expecting a determined heroine but got a girl too afraid to do anything without her family’s permission. But once she gets over that, she becomes more of the heroine I was expecting. She’s not perfect by any means but she is someone I was able to read.

Zain Aster, the love interest, was unfortunately disappointing though perhaps that was because of my own anticipation–expectation is, after all, “the root of all heartache” (thanks, Shakespeare). My copy’s synopsis talks alllllll about how formidable an opponent and irresistible a guy Zain is. I was expecting someone a little cocky yet simultaneously endearing (I’m channeling a lighter version of Luis from Simone Elkeles’ Rules of Attraction–if you haven’t read it, you should!) which would provide some fun banter and also add to the whole falling-for-him’s-a-bad-idea-but-we-all-want-you-to kind of thing. Alas, Zain is a regular, sweet guy who seriously cares about Sam. THIS IS NOT A BAD THING. It just wasn’t what I’d wanted to read. And I’m clearly a little biased.

What the synopsis does not mention is the presence of Emilia Thoth, the villain of this story. I won’t spoil anything for you guys but let’s just say she’s dabbled with some dark magic and scares the living shizzle out of all of Nova. However, despite the fear she instills in the characters I found she does her job as a villain but is nothing particularly exceptional. It would have been nice if she’d demonstrated more of her evil-ness rather than having the characters talking about it.

The plot itself was what I think I had the biggest issue with. It had so much potential but the execution was lacking. Or, more than lacking, it was juvenile. I was seriously beginning to wonder if it was incorrectly shelved and instead belonged to the Junior Fiction section but, no, the characters are all 17-18 and think and act like adults. It also felt like it took forever for something to really happen: lots of conflict, lots of anxiety, lots of intention but too little action.

The setting is interesting but sometimes confusing as it all takes place in a very high-tech modern world but deals with potions and alchemy and ancient magic. While this sometimes works and works well, at other times the two seemingly different worlds collide as opposed to combining.

As you can probably tell, Madly is not my cup of tea. I can’t completely condemn it though because when the book picks up and the characters get their act together, it isn’t actually all that bad. In fact, it’s kind of fun; the adventures and places they go are pretty cool,  the romance is sweet (you know, once I got over Zain) and the plot wasn’t awful, just young.

So, on that note, I’d say read it but take it with a grain of salt–it’s not phenomenal but it’s still worth a read. 🙂

EDIT: I was at Indigo the other day and saw Madly on a shelf labelled ‘Tween to Teen.’ IT ALL MAKES SENSE NOW. 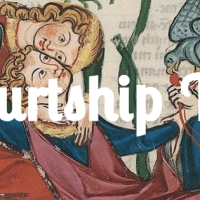 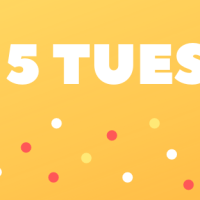 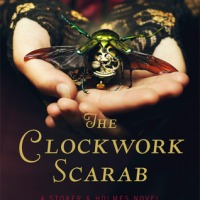 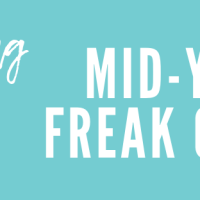